This May Sting A Bit! 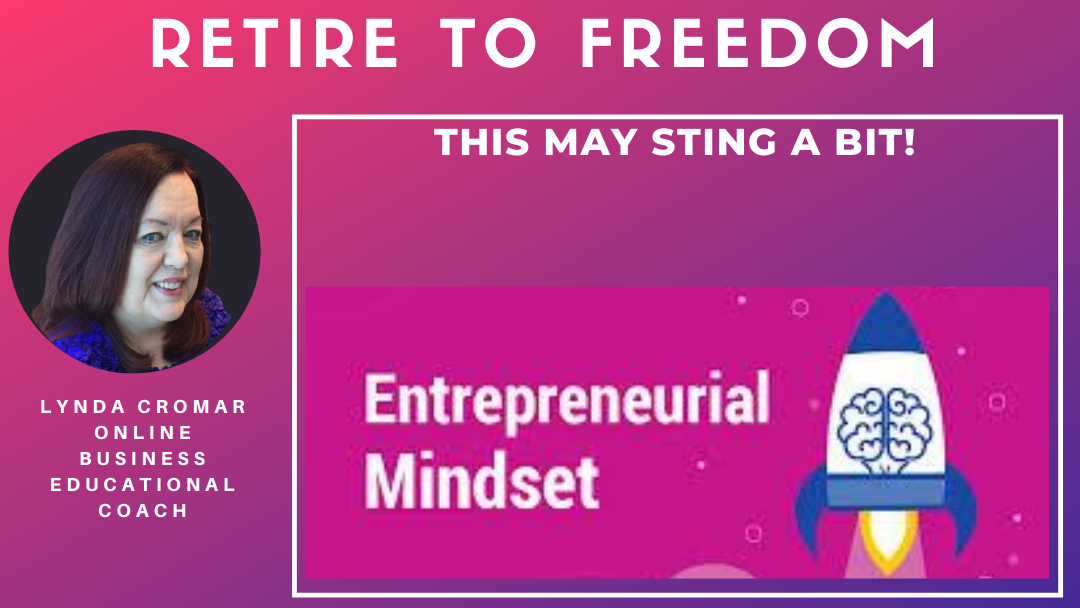 The highest form of ignorance is when you reject something you don’t know anything about.

I am going to start out telling you a story about someone.

There was this lady who used to spend a lot of time in front of the TV‚ and computer. In fact she had lost her compass‚ she didn’t know where to go. She choose not to see that there were many positive things that she could be doing to fill her days. She was afraid to explore them. So she played computer games and she surfed. She occasionally went out to do part-time clerical work‚ which barely covered her needs.
She had done some things but the economy was bad and the jobs were scarce. So she made excuses and didn’t let herself see that she had become a slave to circumstances. She also didn’t realize her own power. She didn’t realize that the little nagging feeling she would suppress daily was that seed inside saying you have a mission‚ you have something to say!
She then started to work with someone on a graphic design project‚ it wasn’t going as well as she had hoped and she began to search for something online‚ to satisfy her need for something‚ anything‚ a future! She wasn’t getting younger either‚ and the daily dose of negative news didn’t help. She hardly ventured out of her house‚ depressed yes‚ angry oh‚yes‚ but sometimes those things can be the prod.
She started surfing on the internet for things to do‚ business things. She had done many things before‚ but she just knew that there was a way to build something online. She joined several things‚ and she made many mistakes. Some of them cost a lot of money. Her husband tolerated her efforts but didn’t have the same belief she had. Sometimes he made remarks that hurt‚ so she didn’t share much of her thoughts with him. She kept inside herself‚small.
Then she found something she liked‚ she showed it to her husband‚ because she had to have his help to get the start up money. He finally said yes after much pleading. But she no only got started she started to do well. She started to like herself‚ and she started to find joy in doing it. There was a problem though that threatened to destroy it all. In order to continue there was a huge investment every month. One that required credit cards. She was running the cards to the max‚ and was not getting back in what it takes to tip the scales.
Worry started to chase her. She would listen to the mentors and follow their advise but she couldn’t deny the fear and the beginnings of doubt. Those emotions began to grow‚ like a rot inside. She began to forget meetings and then get really upset with herself. She started to sleep too much and not get anything done. This is called self-sabotage. Its common to people who are afraid of success. She got to the point where no one trusted her anymore.
That little seed began to grab her attention again‚ the one that says “There is an answer to this‚” and she began to wonder if there was a better way. She had begun to have more self-respect during that time‚ and she would not go back to feeling small. She would not go back to spending all of her time in front of the computer doing mind-less things or the TV. She had started to be re-born and she would continue that process‚ even if it had a sting in it. Even if there were some pain‚ she knew the rewards were there too.
She joined many programs looking for the answer‚ she subscribed to newsletters‚ and she bought books. The search became an obsession‚ there was a way‚ “I know there is a way to have a business on line and to work from home!” Network marketing seemed to be the best way‚ she had done some of it before‚ although the models she had been involved with before were not workable presently. She had a time when more than 3‚000 e-mails would be in her inbox in a week. She sifted and read so many things‚ it could be very overwhelming.
Then she found one that was different. It was an invitation to read an e-book. She had many already on her desktop. She wasn’t sure what made this one different. She decided to download it and read it. Well it started off with these crazy titles‚ but it was a fun read. It brought out new ideas about how to be successful in MLM that she had never heard before. One thing that was especially comforting is the phrase “Its not your fault.” “All through this my mentors were making it that it was my fault that I had to change my attitude‚” she said to herself. She had worked on herself until it stung‚ now she was feeling tired of it‚ when does it get easier?
As she read this book it began to become clear to her that she was okay the way she was‚she didn’t have to become someone else. In fact just being the best of who she was and she could do that! Wow‚ what a revelation! She was so excited! She finished the book in one night. She sent her WHY and she got a response right away. “Wow this is great”‚ she thought!
Today that woman is a different person‚ she has grown and she has learned how to do more than just survive! We are supposed to be here to live life to the fullest‚ not just survive. How can we help others if we are just focused on ourselves? I invite you to read the book that changed her life and if you haven’t already figured it out that was me in the story. I am excited to be more than surviving! 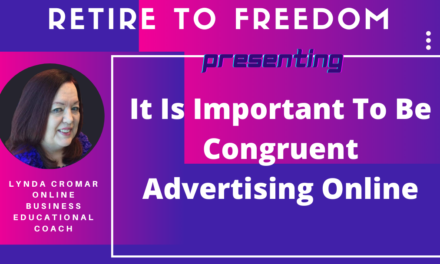 It Is Important To Be Congruent Advertising Online

Do You Vote For Hate Or Love 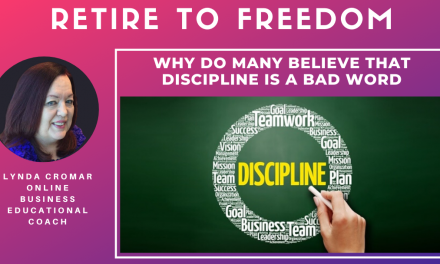 Why Do Many Believe That Discipline Is A Bad Word 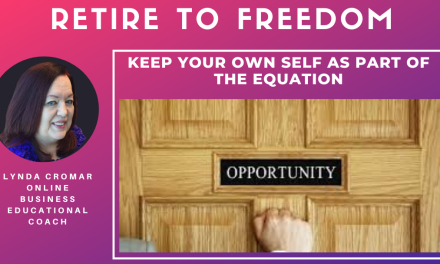